Climate adaptation practices from different parts of the Arctic

Altogether over 170 participants joined the seven webinars. The program of each event consisted of introductory presentations from the country visited and from Finland, followed by breakout room discussions on relevant topics according to the wishes of the participants, and a summarizing discussion in the end.

The following good adaptation practices follow loosely the classification of the barriers of adaptation, as an attempt to list suggested and currently used solutions from across the Arctic region to the problems.

To tackle the problems of lack of awareness on climate change, one successful solution on communicating about climate change and how it can already be seen in the nature. More information about the project and the awarded film are available at www.climatevis.com.

Several climate services were presented in the webinars. According to WMO (2013) and the European Commission’s Roadmap to Climate Services (2015), climate services refer to a diverse variety of ways to provide relevant climate and climate change related information to end-users in user-friendly ways to assist their decision-making.

In the webinars, three climate services co-designed in the large international Blue-Action: Arctic Impact on Weather and Climate (2016-2021) EU Horizon 2020 funded project were presented. The three climate services are quite different from each other, but they provide relevant climate information to support decision-making: on snowmaking conditions for ski resorts; on the location of fish stocks for marine fisheries in the Atlantic; and for strategic foresight in Yamal for regional adaptation. More information about the climate services: www.blue-action.eu

One way to visualize, gather and distribute climate change and adaptation related information are map-based solutions.

One of the successful ways of engaging the public into positive, personal climate mitigation and adaptation work and for increasing awareness on climate change is citizen science. Moreover, participants of citizen science projects improve their science literacy, gain better understanding of environmental that affect them directly.

Several approaches to citizen science were presented in the webinars. For instance, in Finland, citizens participate in data collection on berry yield monitoring. In this, the use of mobile devices and the website marjahavainnot.fi as the platform have proven a good practice.

The focus in the bilateral workshops was more on practical and local or regional level adaptation actions rather than on governance aspects, but also governance related aspects were addressed in many presentations and in the breakout room discussions. While governance structures vary a lot between Arctic countries, there are some good governance related practices that can be shared.

A recent publication commissioned by the ACAF project and the “Climate resilience with Baltic Sea co-operation – Flood and Drought Risk Management” project of the Centre for Economic Development, Transport and the Environment of Southwest Finland. on climate adaptation governance collected and synthesized information about climate adaptation policy and governance in Arctic and Baltic Sea countries. The report lists several best practices identified from the countries studied and offers recommendations.

The report is freely available here.

A set of good adaptation practices related to Arctic livelihoods were introduced and discussed. This section introduces adaptation practices related to reindeer herding, fisheries and aquaculture, tourism, and forestry. While some food security viewpoints are addressed also under livelihood specific headlines, the chapter ends with a view to food security issues.

As reindeer roam free in the reindeer herding cooperative’s lands, they are susceptible to the elements, particularly snow conditions. Due to climate change, rain-on-snow events will become more frequent. While reindeer can smell lichen from under the snow, they cannot smell the food through layers of ice, and they cannot dig food through thick icy layers.

In search for food, reindeer roam on larger areas than before. As this involves crossing of major motorways and railway tracks, this increases the risk of accidents where reindeer may die. “Renoducts” introduced in Sweden provide safe crossing for reindeer to new pastures. More information here.

Climate change and warming oceans push fish species northwards. Adaptation measures to this include the use of robust fishing vessels and the development of suitable fishing gear. As new fish species emerge, increased marketing effort is needed. As some fish species decrease, agreements are needed to prevent overfishing. www.climefish.eu

Also, fishers can benefit from a climate service that gives forecast on the location of fish. www.blue-action.eu

Due to warming, fish grow faster and mature earlier. Regulation of fishing gear can help avoid catching immature fish. The warming waters can cause problems for aquaculture on fish species such as salmon, if it’s not possible to move the fish farms northwards. www.climefish.eu

Inuit communities respond to the changes in fishing by community-level adaptive strategies such as diversification like co-existing fisheries and country food and modern technology like Internet-based social media and GPS. Co-management approaches for fisheries governance include partnerships and sharing of power and responsibilities. Besides Inuit owned institutions, also Inuit worldviews like a culture of sharing and collaborating, and indigenous and local knowledge systems are helpful in this. More information here.

In Arctic tourism, the importance of adaptation is increasing, and it is intertwined with mitigation measures.

Snow reliability is increasingly posing challenges for winter tourism in the Arctic, particularly in the early season. In winter tourism, particularly ski tourism, snowmaking has become a widely used strategy to adapt to the increased uncertainty on snow conditions particularly in the early season. The climate service for ski resorts for forecast on snowmaking conditions was introduced earlier in the chapter on climate services. More information: https://projects.luke.fi/arctichubs/ and www.blue-action.eu

The Nordic Snow Cluster is a regional and national innovation environment for sports, outdoor and tourism in Östersund and Åre, Sweden, with focus on winter.  The cluster coordinates efforts around snow research and improves the readiness to solve national and international challenges. More information: https://www.peakinnovation.se/

Some of the suggested good practices stemmed from the pandemic: several virtual tourism related solutions were suggested. They may also help with reducing GHG emissions in tourism, so virtual solutions can also be interpreted as adaptive actions to the need to reduce the carbon footprint of travelling.

Some adaptation solutions presented concerning forests and forestry were related to decarbonization of transition to green economy, which would count as adaptation to mitigation, and some good practices related to adaptation to the changing climatic conditions.

Warmer conditions can cause outbreaks of beetles in logs that await transportation in the forests. By covering the piles with snow, the problem can be mitigated. More information here.

Forest bioeconomy is very important for the decarbonization of Arctic economies, for instance in Russia. Solutions for transition to green economy within the forestry sector include the development of biofuels (pellets, woodships and briquettes). Moreover, bio-charcoal can be produced from wood waste. Wood biomass can also be turned into liquid biofuels, which can help reduce emissions from transport. Gaseous biofuels could substitute fossil gas. Wood can be used also as material for tangible items, such as wood-based textiles and bioplastics and wood-based chemicals. Wooden buildings and construction materials can help avoid emissions up to 63 MtCO2/hear by 2050 in Russia alone. New wood-based materials are developed also in the USA and in many other countries.

Forests are not merely for wood and materials production, but they are important operating environments for many other livelihoods, too, including reindeer herding and nature-based tourism. In the ArcticHubs project, Unmanned Forestry Machines are developed for building productive relationships amongst different forest users. More information here.

Food security was one of the key and overarching themes of the entire workshop series. While particularly in Iceland, Faroe Islands, Greenland, and Norway, a lot of attention was given to fisheries and aquaculture in this regard, in the more terrestrial Arctic countries also other types of food production like agriculture, gardening, and reindeer herding (meat production) were introduced. Fisheries and aquaculture, and reindeer herding, related good practices have been introduced in the earlier chapters. 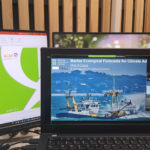 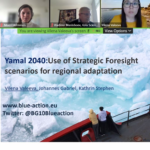 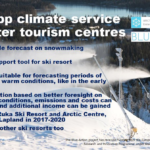 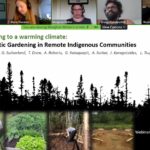 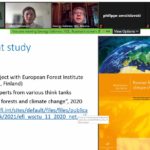 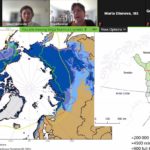 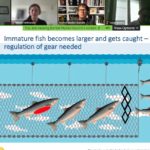 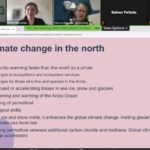 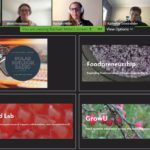 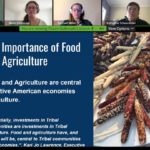