In early September, the publishing of a new report “Adaptation to Climate Change in the Baltic Sea and Arctic Regions. Governance and policy tools across countries” was celebrated by a launching webinar where high level speakers gave their remarks on the findings of the report.

The opening address was given by Ambassador for Baltic Sea affairs Helena Tuuri. As Ambassador Tuuri knows well in her capacity as the coordinator of Finland’s Baltic sea policy, climate change and the challenges it brings about are in essential role in all of our agendas nowadays. That applies to Finland’s Ministry of Foreign Affairs as well. For instance, climate change has been mainstreamed as an essential part of all the policy areas of the EU Baltic Sea strategy’s current action plan, in force since February this year.

Ambassador Tuuri also noted her appreciation on cooperation behind the report at hand. The adaptation governance report was commissioned by two projects funded by the Ministry of Foreign Affairs of Finland from funding allocated for cooperation in the Baltic Sea, Barents and Arctic regions (IBA funds): the “Arctic Network for Climate Adaptation and Food Security (ACAF)” project and the “Climate resilience with Baltic Sea co-operation – Flood and Drought Risk Management” project of the Centre for Economic Development, Transport and the Environment of Southwest Finland.

The Baltic Sea Region is a home to a large amount of networks, making it a laboratory of different kinds of regional cooperation. Cooperation and combining of tools are essential when we need to tackle common problems and when we want to seize opportunities as well. Both are essential in the EU Baltic Sea strategy. One part of cooperation is learning from each other.

“Cooperation is the word of today!”

Research Director Kati Berninger, one of the authors of the report, gave an introduction to the report and its contents. The report complied information about climate adaptation policy and governance in the Baltic Sea and Arctic regions. The results of the report can be used to further develop adaptation policy and processes in Finland. The report covered Sweden, Denmark, Faroe Islands, Greenland, Norway, Iceland, Germany, Poland, Estonia, Latvia, Lithuania, Russia, Belarus, Canada, and the United States.

Besides the national level, also regional and local levels are important and deserves our attention – that’s where adaptation happens in practice. The most common approach is that subnational adaptation strategies or plans are voluntary, but they are supported by different project. This the case in for example Germany, Norway and Poland. However, for instance in Sweden, regional adaptation plans are obligatory, and in Denmark municipal level adaptation action plans.

The presentation slides are available here.

“Finland could also take initiative to create a joint

After summarizing the contents of the report, three comment speeches were given.

The first comment speech was by the newly appointed Research Professor Seija Tuulentie from the Natural Resources Institute Finland. Prof. Tuulentie noted that for some time there was more emphasis on climate mitigation than on adaptation, but now adaptation to the impacts of climate change is gaining attention again. Recent events such as the disastrous floods in Germany this summer may also have influenced this.

In her talk, Prof. Tuulentie wanted to emphasize the regional and local nature of climate change adaptation work. Adaptation takes place in concrete locations and in people’s everyday lives, not “somewhere on the upper level”. Indeed, one of the recommendations in the report is related to local adaptation action. Municipalities should prepare adaptation plans, and they should be allocated resources for putting the plans in practice. Also, a nation-wide municipal co-operation body is needed.

Particularly from the Arctic perspective, natural resource-based industries are especially important for Arctic communities. Important Arctic livelihoods like reindeer herding, forestry, mining, fisheries and tourism are based on nature and natural resources. Adaptation plans and actions on sectoral basis are important, but, as this report states, also co-operation across sectors is crucial. Moreover, besides climate change, also other drivers of change must be considered in Arctic societies and communities, including the global demand for natural resources. Together with climate change, the simultaneous and overlapping drivers of change create cumulative impacts that need to be considered carefully. Another important issue is the use of local knowledge.

As the Finnish Chairmanship of the Barents Euro-Arctic Council approaches, Ambassador for Barents and Northern Dimension Jari Vilén commented the report from the viewpoint of the Chairmanship. The report at hand has connections to the themes of Finland’s BEAC Chairmanship program.

Ambassador Vilén congratulated the authors of the report for the information they had found out from 15 countries for the report. Ambassador Vilén noted that there are vast differences in the approaches on climate adaptation governance in the studied countries. This is caused by the political and administrative cultures in each country – there are similarities and differences. In Barents cooperation there’s a strong consensus on priorities and actions to be taken.

Ambassador Vilén sees that the results of the report can be widely utilized in the coming BEAC presidency and in the Barents adaptation program.

We have the structures and there is plenty of funding available from different channels. The awareness on the challenges and actions, as well as public support, is there. Now we need actions and necessary decisions.

“In Barents cooperation there’s a strong consensus on

priorities and actions to be taken.”

The third comment speech was given by Policy Office Valdur Lahtvee from Council of Baltic Sea States. Mr. Lahtvee saw the report as much needed, but he would have liked to see more focus in the report on the adaptation work of Council of Baltic Sea States. The recommendations on climate adaptation governance are valid and useful not only to Finland but also for other countries.

Of the recommendations, Mr. Lahtvee wanted to discuss particularly two. A Master’s program on adaptation has been very recently launched at the Baltic University Program. This includes also climate adaptation and risk assessment modules. On a joint Nordic adaptation policy: Mr. Lahtvee noted, referring to a study by Notre Dame University on vulnerability and adaptive capacity, that Nordic countries are in the top 5-10 of countries capable to adapt to climate change and hence less vulnerable. But there is a big gap between Nordic countries and other countries in the Baltic Sea region. This is a challenge, and Mr. Lahtvee would welcome Finland’s initiative to fill this gap, too. The good practices presented in the report can already help in this.

All speakers thanked the authors for their great work. Besides the governance viewpoint that was in the focus of the report, Arctic and Baltic Sea countries could benefit also from more concrete and practical level adaptation recommendations. Indeed, this report is one piece in the puzzle, and in other recent reports and ongoing projects also the more concrete adaptation practices are discussed more. These include for instance the AMAP report on adaptation actions in the Barents region (AMAP 2017), which for instance Prof. Tuulentie was authoring.

Ideas that emerged in the discussion include a database for adaptation solutions, where it would be easy for different levels of governance to find out how their peers have solved adaptation challenges. Also the ACAF / ARKISOPU project has been collecting practical level adaptation solutions from different parts of the Arctic.

The event ended by concluding that we have adequate data on climate change, and plenty of information is available. The challenge is digesting them and turning them into concrete adaptive actions.

In the Barents cooperation, the environment will be the core focus in Finland’s 2-year Chairmanship program. Finland runs the BEAC chairmanship side by side with Russia that chairs the Arctic Council activities. Both chairmanship programs emphasize environmental issues and sustainable development strongly, which brings important synergy to the work, with broader, even global and Trans-Atlantic scales. The now published report can be utilized in the work as well. 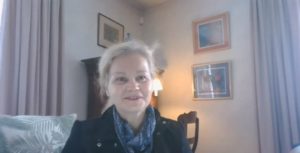 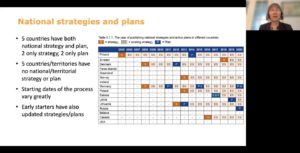 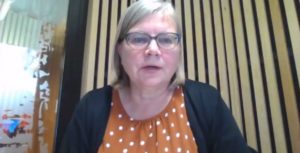